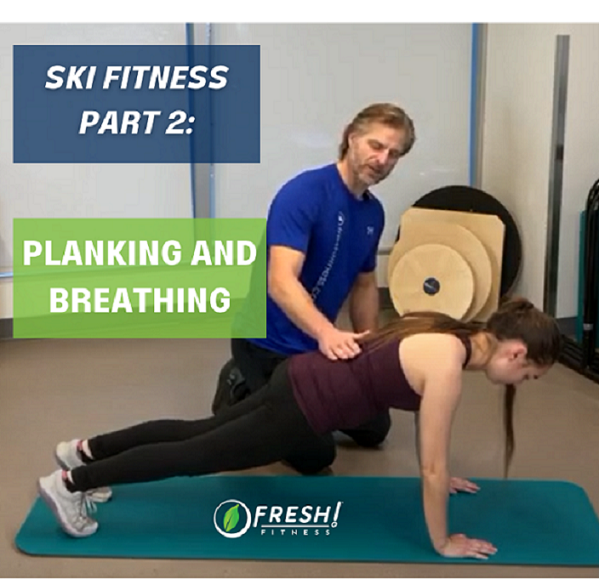 Last time we talked about posture and breathing. Today, I’ve got Sydney here to help me out and Sydney’s going to demonstrate a plank. Here we’re going to talk about how to get in the right alignment for a plank. Because obviously, you want to do the exercise correctly. But our focus for this is going to be on planking with breathing relaxed through a brace belly while doing the plank.

The plank is a skill that very few people do correctly anyway, even though lots of people do it. But even fewer people are able to breathe effectively while doing the plank. People hold their breath, they’re stress breathing.

Get into the position and try and follow along. We’re going to go through all the different key points. Sydney’s going to start what we call a high plank upon our hands. And the height is a bit easier because your angle is higher and it’s a bit less challenging on the core.

You can check out the app from FRESH! Wellness Group. It’s available on Apple (iOS) or Android. 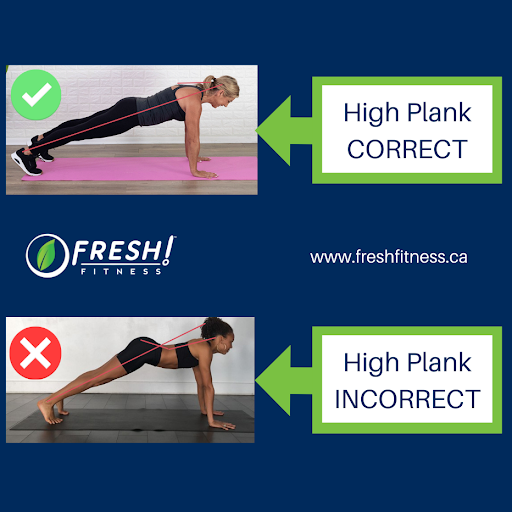 A lot of people get this tilt through the pelvis when their butt sticks out.

Sydney, if you want to just go into that pelvic fork there. So a lot of people get like this and that’s when your core is not really functioning properly. So we want to set that core.

Sydney’s going to breathe deep into that propane canister and if I push my hands here, she’s going to try and press my hands out and you’ll when she exhales. It shouldn’t relax too much. There’s still tension in that area.

A lot of people are tight and then as soon as they exhale or when they inhale they’ll breathe out. Now if she’s going to come down to the forearm.

Same technique. A little more challenging on the core.

A lot of people tend to stick their butt up in the air on this one. So hips down, pelvic tilt there holding that core, brace nice and tight. And the goal is to be able to still breathe and if at any point you can’t hold the position then you can take a break. Perfect.

So our goal is to hold as long as we can with the perfect form, with good breathing. If you get up into position, readjust.

If you’re still unable to hold the position after trying to readjust, then it’s time to take a break. Whether that’s five seconds into it, or five minutes into it.

The goal is to do it correctly, not to do it for a certain length of time. Eventually, you’ll build it for that time but work the technique first and you’ll be amazed at how much better it’ll get for you.

Make sure to check out our on-demand Functional Movement Foundations workshop! It’s your ticket to a fun, fit, and strong ski season. And it’s 50% off with this promo code: SkiFit50

Forget About Your New Year’s Resolutions!